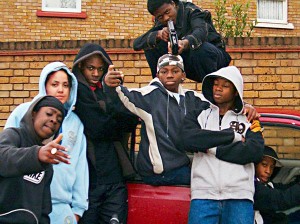 The problem of the gap between generations has always existed across the world’s cultures. Think about the relationship between you and your parents. Even if you have the best of relationships at present, I am sure that you had your periods of not understanding each other. The same gap probably existed between your parents and their parents.

The present situation in the UK seems to be quite serious, however. According to a poll recently conducted by YouGov, 54% of adult Britons perceive today’s youth as “beginning to behave like animals!” More so, a little less than 50% of the respondents believe that the youth of today are increasingly becoming dangers to themselves and other people in society. Even more alarming is the 43% who believe that something should be done to protect them from today’s youth!

If you think about it, these figures and perceptions are very surprising as the UK has consistently been known to give birth to sub-cultural movements that have spread to other countries. Think mods, rockers, and punks. It seems that the older generation of today is becoming less and less tolerant of the youth and their behaviour.

The question is whether the perception is justified or not. The people at Barnados, a charity focusing on children, say that it is not. According to Pam Hibbert, the charity’s associate policy director, “People in Britain now routinely refer to children as `feral,’ `vermin’ and as `infecting our streets.’ The shock here is that people show such intolerance toward all young people, when in fact only a very small number are involved in anti-social behaviour. The truth is that young people in Britain are responsible for 12 per cent of crime. But the public overestimate that by a factor of four, according to the recent British Crime Survey, with people believing the young commit half of all crime. So a major part of the problem here is a question of perception.”

How about you, how do you perceive the youth of today?