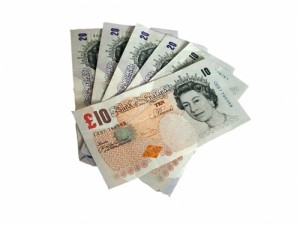 What is the bonus culture anyway? Take a quick glance at the financial or business section of newspapers – whether online or offline – and you will quickly understand what it is. Big wigs in the commercial and banking industry normally receive huge remuneration packages in exchange for their services.

So what is wrong with this? Why shouldn’t people who work hard get what they deserve? I suppose the key words here are “work hard” and “deserve.” Now I have no doubt in my mind that many executives have worked their bums off to get where they are right now. They also probably work hard to maintain the position they are in – same thing applies to their company. However, does this kind of work warrant bonuses that reach millions and millions?

Bonus packages are normally associated with the American business culture but the UK is not exempt from this. In fact, Prime Minister Gordon Brown recently issued a statement against these kinds of bonuses. According to him, “the days of big bonuses are over.”

The Institute of Leadership & Management reports:

In an interview with GMTV, Gordon Brown stated that one of the conditions of government help for banks is reaching an agreement on remuneration packages for executives.

Although the majority of problems have been with the US system, there have also been “abuses” in the UK, Mr Brown claimed.

“Our economy is built around people who work hard, who show effort, who take responsible decisions, and [where] there is excessive and irresponsible risk-taking, that has got to be punished,” he said.

Mr Brown added that he is “angry” at what he dubbed “irresponsible behaviour”.

Recently, Lord Adair Turner, chairman of the Financial Authority Services (FSA), announced the body will also be looking at bonus payments made by banks.

Indeed, if things go the way Mr. Brown is planning, ordinary people just might benefit from this.