When it comes to music, London takes pride in having produced The Beatles. This English rock band made history owing to its four members and the rock and roll songs they created that the world still loves up to now.

Formed in Liverpool in 1960, the Fab Four gained popularity in the United Kingdom right after their first hit entitled “Love Me Do” released in 1962. During the most part of their career, the band recorded their songs at the Abbey Road Studios. The recording studio is named after its location, Abbey Road in London’s Westminster area particularly along St John’s Wood.

Apart from the recording studio, though, the street itself also became very famous because of the Fab Four. In fact, one of The Beatles’ albums was entitled Abbey Road released in September 1969. 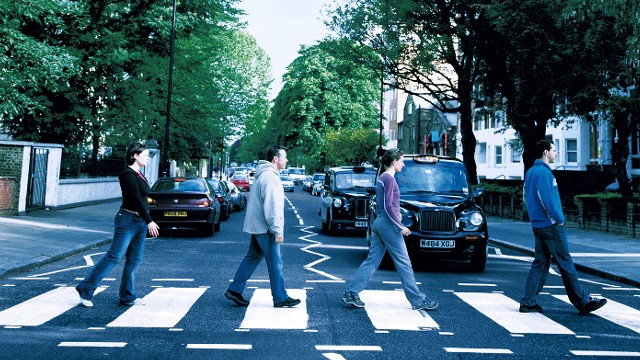 This thoroughfare in the City of Westminster became famous worldwide because of the recording studio in the area where The Beatles worked during the height of their music career. It continues to attract countless of tourists from around the world who are visiting London.

The road itself was used by The Beatles for the cover photo of their album Abbey Road. The famous photograph shows John Lennon, Paul McCartney, Ringo Starr and George Harrison crossing the street outside the studio entrance. Since then, that particular spot called the zebra crossing has attracted numerous people from all over the world and has become a popular photo-opportunity area. The crossing has also gained a Grade II Listed Building status by English Heritage.

Take note that the road is still being used today hence, tourists wanting to take a photo of themselves crossing the street will have to be patient and wait for vehicles to pass by.

How to Get There

Going to this well-known Abbey Road may not be very easy these days. It is because 12 Abbey Roads exist in London.

The road where the recording studio is located lies in the NW8 postcode area. If you’re not using a private car, you can go there by tube or by bus.

Then walk down Grove End Rd and at the end, turn right into Abbey Rd and you will see the crossing. From the tube station, the zebra crossing is a mere five-minute walk.

If you prefer to take the bus, remember to take bus number 139 or 189 from central London. Then get off at the ‘Abbey Road Studios/Grove End Rd’ bus stop (Stop R), just past the studios/crossing. Travel time by bus depends on where you take and the time of day you’re traveling. From the Oxford Circus, the Abbey Road crossing is just 30 minutes away.