The economics of any country is a telling factor with its carried success of handling the infrastructure and needs of its region. England for its part, holds the second largest economy in Europe and fifth largest economy in the world. England is known to be the leader in pharmaceutical, technical aerospace and the arms industry. Everyone is well aware that such industries are among the highly demanded innovations and needs of people today. 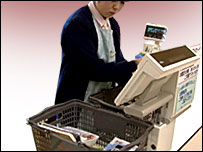 England follows the Anglo-Saxon Economic Model. This capitalist model follows a macroeconomic model where taxes are low and the government offers lesser services. Given a free market type of an economy, this has been the ticket for a growing and stable economy to which England has been flourishing and ranked among the best economies other countries are quite envious about.

This can be seen with their obvious exchange rates with other currencies where the Pound Sterling offers better exchange rates to which people from other countries are aching to find jobs to have better opportunities and better compensation and financial aid for themselves and their families.