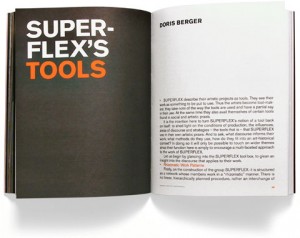 Not too many people are familiar with Superflex but for those who have heard of them, they represent so many things. Superflex is a group of artists who have always been hard to describe. Comprised of Rasmus Nielsen, Jakob Fenger and Bjørnstjerne Christiansen, the group has forayed into various projects in the past.

They are actually known for their large-scale installations and long-term process-based projects. Recently, however, they entered the world of film. Their second film is “Flooded McDonald’s”. Here’s a taste of what it’s like – courtesy of the group’s web site.

Flooded McDonald’s is a film work in which a convincing life-size replica of the interior of a McDonald’s burger bar, without any customers or staff present, gradually floods with water. Furniture is lifted up by the water, trays of food and drinks start to float around, electrics short circuit and eventually the space becomes completely submerged.

Flooded McDonald’s is a film by Superflex. Produced by Propeller Group (Ho Chi Minh City) in association with Matching Studio (Bangkok) and co-produced by the South London Gallery, the Louisiana Museum of Modern Art (Denmark) and Oriel Mostyn Gallery (Wales) with generous support from the Danish Film Institute. The exhibition is supported by the Danish Arts Council’s Committee for International Visual Art.

From 16 January to 1 March, you can see the work of Superflex for yourself at the South London Gallery, 65 Peckham Road. The exhibit is open Tuesday through Sunday from 12 noon to 6 pm.