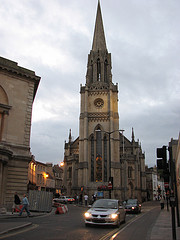 I wrote something about visiting Bath, one of the most popular tourist spots in the UK, some time ago. If you remember, Bath is a World Heritage Site as designated by UNESCO and this is one reason that Bath is as popular as it is today.

Recent developments, however, might be putting this charming British town at risk. Apparently, there are some building developments in the city which might lead to the stripping of the designation by the UNESCO. The said developments are actually plans to construct homes – thousands of them – in the Western Riverside area, and this is only part of the whole picture.

The development has been described by the Bath Heritage Watchdog as ‘something akin to a massive Soviet-era housing project’.
Deborah Aplin, managing director of Crest Nicholson Regeneration, which is behind the Western Riverside development, said that it had written support from the government and English Heritage. ‘This land has been derelict for more than 25 years and our scheme will help regenerate this part of an otherwise beautiful city,’ she added.

I think that it is understandable that some citizens of the city would want to push Bath forward by opening the city to development and progress. However, it is also understandable that the city’s stature as a World Heritage Site could be affected. After all, certain criteria must be met in order for a place to be designated as such.

The issue will be discussed during UNESCO’s annual conference. I guess we just have to wait and see what happens.