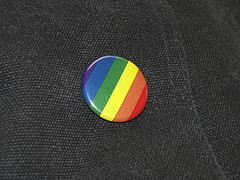 I saw this article (How Gay Became Children’s Insult Of Choice) on BBC last week and I couldn’t help but be curious and sad at the same time. The article starts with:

The word “gay” is now the most frequently used term of abuse in schools, says a report. How did it get to be so prevalent and why do children use homophobic insults to get at each other?

I never even really realised that “gay” is the insult of choice these days. The fact that we have to have a label such as “insult of choice” is in itself saddening. Has our society become so critical and disrespectful of others that we have to have an insult of choice for each generation? The BBC article, however, does have some significant points. It is true that even in the older generations, there were terms and words that were commonly used to bring children in the playgrounds down. It just so happens that today, “gay” is the choice word.

So what happened? Why has it reached the status that it has? BBC reports:

One reason for this increase in use could be because “gay” has partly lost its sexual connotations among young people, he says. While still pejorative, for the majority of youngsters it has replaced words such as “lame”.

Still, the article has pointed out something equally valid:

But while “gay” may have changed for some, it is still being used as a means of bullying, as are many other homophobic insults (see table, above). Last year, the Westminster government announced the first guidelines for schools on how to deal with homophobic bullying.

I don’t think that this issue is limited to the UK, though. We might very well hear of similar goings on in other countries.