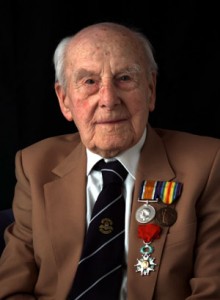 On Friday, June 19, a British World War I veteran became the oldest living man in the world. The World War vet is Henry Allingham, and he celebrated his 113th birthday on the 6th of June. Prior to his gaining the record, the oldest man was Tomoji Tanabe, a resident of southern Japan. He was also 113 years old but died in sleep early on Friday.

A little bit on Allingham’s life. He joined the Royal Naval Air Service, which was what they had before the Royal Air Force, in 1915. In 1916, he found himself in the middle of the Battle of Jutland. This is the largest naval battle in the First World War. He also took part in World War II, where he did his job countering magnetic mines.

Long after the wars were fought and won, Allingham met Dennis Goodwin, who got him involved in various activities furthering the cause of veterans. The two also wrote an autobiography, titled “Kitchener’s Last Volunteer.” The title was meant to refer to the war secretary of Britain who helped encourage people to the cause.

Let’s all make a toast – or two – to this amazing man and his life!