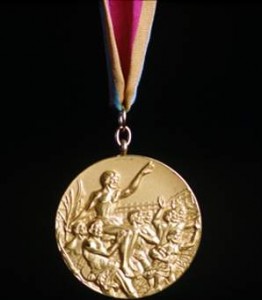 Every country enters the Olympic Games with hopes of gold. Although there are certain countries who are particularly strong candidates for gold in many events, the hopes of coming home with one is always found within an Olympic athlete. The whole country remains expectant and rejoices with each win.

That is why it does not come as a surprise that British press was quite “giddy” over the successes that British athletes met on Wednesday. AFP reports:

Chris Hoy and Victoria Pendleton continued Britain’s domination of events at the Laoshan Velodrome, winning the men’s and women’s sprints respectively, with Hoy leading Jason Kenny in a British one-two, while Christine Ohuruogu capped the golden day with victory in the final of the women’s 400 metres.

“The performance of ‘Team GB’ in the Olympics is moving beyond the sublime and towards the ridiculous,” the Daily Telegraph gushed in its editorial.

“We are British, for heaven’s sake — how are we supposed to cope with such a relentless diet of good news, such an unprecedented glut of world-beating performances?

“The only difficulty, as the Games bring yet more medal chances, will be in squeezing so many names into the next (edition of the Queen’s) Honours List.”

The Independent, meanwhile, admitted that it had not expected anything like the numbers of medals won by British athletes, writing in its editorial: “On Monday, we proclaimed that it couldn’t get any better for Britain. But it did.”

“These Olympics have offered more than mere diversion from a dismal summer of grey skies and economic gloom.

It is always a pleasure to read and write about news like this one. Indeed, despite the controversies that have been marring the Beijing Olympics, the spirit of the games still exist and great athletes can still inspire their countrymen. Keep going Team GB!