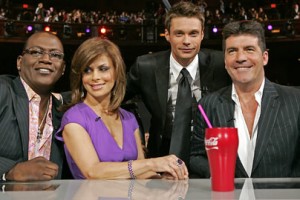 For the longest time now, the British government has banned TV shows from advertising products within the programme itself. In an interesting turn of events, the government is now lifting the ban. The move will allow commercial broadcasters to place products in various TV shows, thereby advertising them.

The decision has not been announced officially but the speculation is that it will be made early this week. For sure, this announcement will be a controversial one, albeit much welcomed by TV producers. However, the ban will still remain for other broadcasters such as BBC as well as all children’s programmes, regardless of network.

So why has the government changed its stance? The Telegraph says:

The main factor behind the rethink by ministers has been the financial strictures faced by ITV and other commercial broadcasters during the recession, which have seen their advertising revenues badly hit.

More than this, Britain is actually a little lagging in this respect. Other European Union members have already started allowing TV programmes to place products.

It will be very interesting to see how quickly the British networks are going to pounce on this opportunity. For sure, the primetime shows will have a wide array of choices as to which products to use. Bottom line, more cash will be flowing into the coffers because of this change.

Photo courtesy of The Telegraph