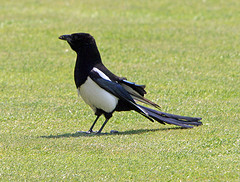 It used to be that many people around the world placed nature high above in their list of priorities. Children used to be engaged in activities that would expose them to Mother Nature and that would teach them a healthy appreciation of outdoors. It was not really limited to a specific country, I guess. Today, however, it seems that children are being exposed to nature less and less.

The same thing is happening in the United Kingdom. In fact, this has come to the attention of some premier publications. The Guardian, for one, has an article about this:

Recent studies confirm that we run the very real risk of bringing up a generation of children who simply have no understanding of – or connection with – the natural world.

Yet another survey has discovered what we already knew – that Britain’s children prefer hamsters to hedgehogs, enjoy their Playstation more than playing conkers, and can’t tell their blue tits from their bluebells (or at least half of them can’t).

The Natural Trust has its own findings:

• Just 53 per cent could correctly identify an oak leaf – the national tree and a powerful symbol of England
• 29 per cent failed to spot a magpie, despite the numbers soaring three-fold over the past 30 years
• Only 47 per cent of children correctly identified a barn owl
• One in three failed to recognise a Red Admiral, Britain’s best-known butterfly
• Children in Northern Ireland – where half couldn’t recognise a magpie – were least able to identify common wildlife
• Children in East Anglia, meanwhile, proved to be most aware of their natural surroundings.

Here’s to making sure that your children do NOT become part of these statistics!