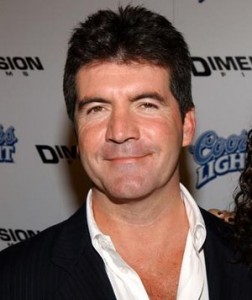 Who said that the British cultural influence has declined over the years? If you hear someone talking about this, then you should stand up and prove them wrong! I came across an article written by an American detailing how the British are actually playing a significant role in “educating” them about life. Sean P. Means writes in the Salt Lake Tribune:

– The most powerful Brit on TV, Simon Cowell, is the nastiest judge on Fox’s “American Idol” – and, not coincidentally, the only one anyone listens to.
– Cowell picked Piers Morgan to fill a similar role – the snobby Brit judge whose opinions are booed by the audience – on NBC’s “America’s Got Talent.”
– On ABC’s “Supernanny,” no-nonsense British nanny Jo Frost arrives in a London taxicab and gets right to work telling harried parents what they are doing wrong.
– Duplicating his success on the BBC, chef Gordon Ramsay takes apart struggling American restaurants and puts them back together on “Ramsay’s Kitchen Nightmares.” (The format is being stolen for Bravo’s new hair-cutting reality show, “Tabatha’s Salon Takeover,” though host Tabatha Coffey isn’t British – she’s Australian.)

Indeed, you could see a lot of British figures making it big in American telly – and not only American, mind you. The shows mentioned above – and more, actually – are being aired all over the world. Thanks to cable TV, people from all the continents are being exposed to the British version of things.

So, the next time you hear someone say something about the British influence declining, mention these things. 😉