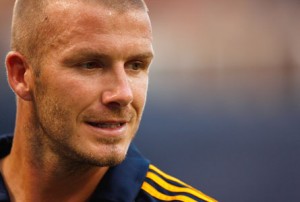 The British team may not have won the most number of medals at the Beijing Olympics but as this year’s games come to an end, Britain and its culture is set to gain worldwide exposure. We all know that the next Olympic Games, to be held in 2012, are going to be in London. The country fought long and hard for it and even as the current Olympics are not even done, people involved are already making preparations for the next event.

Later on tonight, when the 2008 Beijing Olympics formally draws to an end, the organizers of the 2012 London Olympics will have the chance to put the spotlight on London and the next Olympics. The Scotsman reports:

Rock legend Jimmy Page and singer Leona Lewis will lead the way with a new version of the Led Zeppelin classic ‘Whole Lotta Love’, while footballer David Beckham will also make an appearance alongside Team GB.

The set will begin after London Mayor Boris Johnson receives the Olympic flag in an official handover ceremony, and starts with a red London double-decker bus driving around the Bird’s Nest stadium being pursued by Team GB cyclists Chris Hoy, Victoria Pendleton and Shanaze Reade.

Bill Morris, London 2012’s director of ceremonies, said they were not aiming to try to match Beijing in terms of scale at the handover ceremony but that the approach would be “simple and creative”.

I think the fact that Jimmy Page and David Beckham are going to be part of the cast is enough for me to want to watch the ceremony later on.