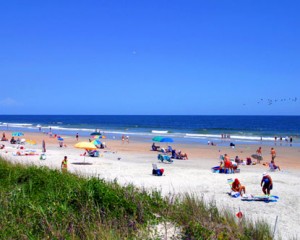 It has been observed, one time too many, that people from the West seem to have a more liberal attitude than the rest of the world. Though this includes more countries than the United Kingdom, an incident in a beach in Dubai has brought negative attention to the UK once again.

The Times narrates the story:

Last week Michelle Palmer, 36, from Rutland, and Vince Acors, 34, of Bromley, southeast London, were sentenced to three months in prison in Dubai for having sex outside marriage on a public beach and offending public decency. They were also fined about £200 and will be deported when they have served their sentences. They were lucky: their punishment could have been much worse.

This incident is evoking a lot of varying opinions. On the one hand, these are adults who are supposed to be free to do whatever they want to. On the other hand, some people think that their behaviour is offensive and insensitive to others. The Times feature actually leans towards the second point and I tend to agree. Indeed, we live in modern times where the attitude towards sex and sexuality has changed a lot. However, these two people were NOT in the UK. They were in a country which has a different culture, a different religion. Come to think of it, if this happened in the UK, sensibilities would probably still have been offended. The point, I think, is that our freedom should end where other people’s toes begin. Freedom is only as good as not stepping on other people’s toes. Whatever happens in your own house is your business. What you do at the beach becomes everyone else’s business.

How do you feel about this?