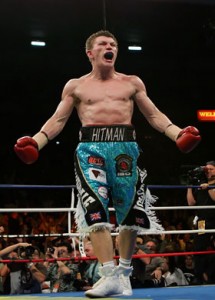 There isn’t much love lost between close “relatives” the Americans and the British. That much is common knowledge. Yet the two nations have much more in common than one would think. And come 2 May, it seems that there will be a juxtaposition of the British and American culture – together with the rest of the boxing world.

For those who are not really into boxing, the 2nd of May is a big day. It is the day when boxing greats Manny Pacquiao of The Philippines and Ricky Hatton of The United Kingdom. This match is expected to be one of the biggest – if not THE biggest – this year. Tempo has this report:

Las Vegas is anticipating a British invasion in the final days leading to the May 2 super fight between Manny Pacquiao and Ricky Hatton.

The 12-round super-lightweight slugfest will be held at the MGM Grand Garden Arena and those who won’t make it inside the 16,000 arena can still feel the electricity as the promoters are setting up closed circuit viewing stations in seven hotels also operated by the MGM-Mirage group.

Would you believe the reports are saying that 35,000 British fans crossed the ocean to see Hatton fight Mayweather way back in 2007? And of that 35,000, a mere 5,000 Britons were able to get tickets to watch the fight. As for the unfortunate rest who were not able to get tickets, they flooded the streets of Vegas in support of their countryman. With Pacquiao and Hatton being much bigger today than they were back then, this fight will surely bring in more Britons to Vegas.