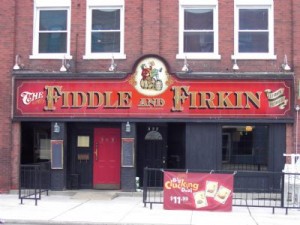 What do you get when you put together the effects of hard economic times and attacks on the drinking culture of the British? An unprecedented decline of the British pub, that is what you get. It used to be that the essence of British culture was associated with the pub. Today, however, this seems to be changing – fast.

The Star recently had a write up on what is happening to pubs all over Britain. Statistics show that about 1,800 pubs close every year. Considering the total number of pubs in the country, some may think that it is not much. But with the way trends are going, it just might spell doomsday for this icon in the British culture.

The crisis is real for many thousands of vintage establishments, said writer and aficionado Jane Jephcote, co-author of London Heritage Pubs.

“I hope otherwise, but I fear it is dire for a part of our culture that has its roots in the Middle Ages,” said Jephcote.

“It may be that we have taken pubs for granted. But the challenge of making ends meet is severe for many. It matters because of the depth of history there – as the ultimate place for the British to be sociable together. That is what the pub is and was always meant to be.”

At the forefront of the fight against pub closures is the U.K.’s irrepressible Campaign for Real Ale (CAMRA), an organization founded in the 1970s to save the British tradition of small, regional ales against the onslaught of fizzy, pasteurized and mass-produced national and international beers.