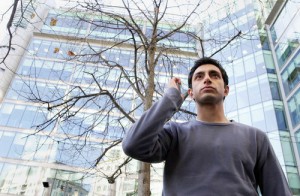 No, it is not the “cool” way of saying Brits. It is in fact a two-part mini-series presented by BBC. Britz is a daring step by the media giant in which they take a closer look at the Muslim culture in the United Kingdom. If you remember, London had its own run in with Muslim extremist years ago when the London Tube was bombed in 2005. The series, however, is not a re-enactment of the tragedy. Instead, Britz focuses on the lives of two second generation Muslims – a brother and a sister – and how their lives branched out into two separate paths.

According to The Chicago Tribune, Britz is “flawed” but compelling:

This two-night miniseries has an interesting format: The first follows Sohail Wahid (Riz Ahmed), a law student who eventually goes to work for MI5, Britain’s domestic spying operation. During the second installment, the same period of time is covered but is told from the perspective of his medical student sister, Nasima (Manjinder Virk).

The first half of “Britz” works well as a stand-alone spy thriller as well as a reasonably deft exploration of the conflicting cultures young Muslims living in the West navigate every day. We’re never told exactly why Sohail wants to join MI5, but the agency quickly realizes that he’s a valuable asset, given his ties to the large Muslim community in his home town of Bradford, Yorkshire.

I think that I shall find the time to watch Britz, if only to gain another perspective. Has anyone seen it yet?