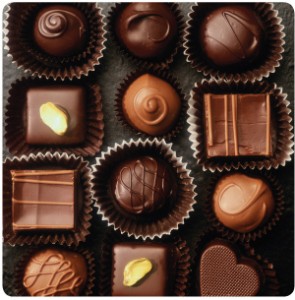 There are only two things that are certain in life – death and taxes. And it seems that a Lanarkshire GP thinks that everything pleasurable in life should be taxed, including chocolate! I don’t know about you, but I see chocolate as being one of the little pleasures in my life. While there are some expensive chocolate brands, I can rest assured that I will always find an affordable bar of chocolate in a nearby shop. And I know that it will always make me feel better.

And now, this GP says that we should tax chocolate?! Even worse, a group of family doctors, who are of more than average intelligence, I would like to assume, have spent considerable time debating on whether or not to approve the proposal. Now how depressing is that?

The Times Online published a report on this issue recently. Dr. David Walker was quoted as saying:

“I believe that chocolate is a major player in obesity and obesity-related condition. What I’m trying to get across is that chocolate is sneaking under the radar of unhealthy foods. I would say the government taxing chocolate would not solve the obesity crisis, but it might slow the rate of increase of the obesity graph.”

Baloney! I know that a 5p increase in the price of a chocolate bar will not really deter me from buying one. But the fact that they actually considered adding the tax just makes me fume. Don’t these people have anything better to do than meddle with chocolate prices?