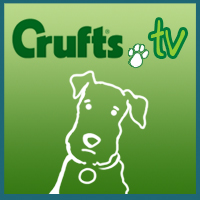 The dogs sure look good but are they in good health?

According to the Royal Society for the Prevention of Cruelty to Animals (RSPCA), veterinary charity PDSA, and BBC the purebred dogs are definitely not in good health. Because of their stand against inbreeding of dogs these RSPCA and PDSA have announced that they will boycott the biggest dog show in the world – the Crufts Dog show. BBC also shows it support of the welfare of the dogs by NOT participating, which means that the dog show will go un-televised for the first time in FORTY YEARS.

BBC has showed their worry of the results of the inbreeding to the dog months ago when they aired the documentary “Pedigree Dogs Exposed.” The documentary showed how purebred dogs have developed severe health problems such as epilepsy, cancer, and other mutations due to inbreeding. The even bigger bomb is that they pointed at the Kennel Club for being partly responsible for the situation since their standards do not prohibit such practices but even encourage dog owners to do inbreeding.

Despite the boycotting going on the animal charity Blue Cross vows to attend the even with the aim of educating the those that will attend about health issues that arise from inbreeding. A very sensible strategy since where else can you get thousands of purebred lovers’ attention all at the same time? The Blue Cross believe that pet owners are concerned about their pets health and would welcome information on how to prevent health problems as well as address current concerns.

The Crufts Dog Show is set to take place from March 5 to8 at the National Exhibition Centre in Birmingham. It is expected to draw more than 20,000 competing dogs.