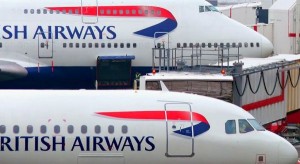 There are certain things that one associates with a nation. In our case, we have fish and chips. We have our flag. We also have British Airways. While the (former) national flag carrier might not be as popular as other symbolisms, I am pretty sure that BA has a place in the hearts of the British.

News has been going around that the airline is in trouble. The question that is hanging in the air right now is whether or not BA will really go under, for good. According to a feature by the Times Online, Willie Walsh, the chief executive of the airlines might very well say this one day:

“I am sorry to say that despite our efforts today we have been unable to secure further funding from our banks. The cash drain we sustained as a result of the rolling programme of industrial action by cabin crew and ground staff means we can no longer continue as a going concern. British Airways has this evening been put into administration.”

However, according to experts quoted by the Times Online, Walsh is exaggerating the situation. They say that he has an ulterior motive, which is to get the unions ready when the talks about cost cutting come up. Indeed, if everyone thinks that the airline is in dire financial straits, the unions will probably not have such a hard stance against the airline.

Then again, Walsh’s statements are strong – they might be strong to be crying wolf. Right now, we do not know the real situation, but what we do know is that there are people who want to save BA.