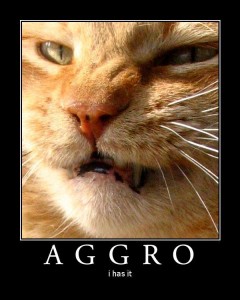 As promised, here is another installment of our light hearted look at English Slang.

When a word is indicated by a ‘*’ it means that it is not in common usage nowadays in England, but once was.

Oftentimes, slang comes around in phases so one word might not be used now but in future it may be.

This often depends on popular media such as movies and newspapers who have been responsible for the use of mane slang phrases over the years.

The first word is the slang word, then the proper English word closest to it, followed by an example of how to use it.

Airy-fairy – lacking in strength, weak. ‘Don’t give me that airy-fairy excuse! Hand your homework in on time! ‘

Aggro – Aggressive behaviour, troublemaking. ‘Don’t be so aggro, we can work this out.’

Airhead – A silly person, someone who doesn’t think well. ‘Why did she get that question wrong? She is such an airhead! ‘

Alky / alkie – An alcoholic . ‘My uncle is such an old alky – he never stops drinking!’

Action man – someone who does alot of macho things, someone trying to be tough. ‘Peter is a real action man, look at him trying to impress the ladies. ‘

All-nighter – an event which takes place all night or at least for longer than most events of the same type. . ‘Are you going to the club tonight? I fancy doing an all-nighter ‘

All to pot – messed up, everything went wrong. ‘The trip was ace until I broke my leg, and then it all went to pot. ‘

Ankle-biters – young children, babies . ‘What a cute little ankle-biter he is!’

(going) Apeshit – angry, being very aggressive, violent. ‘Someone told Jon he was fat, so Jon went apeshit and punched him on the nose!’