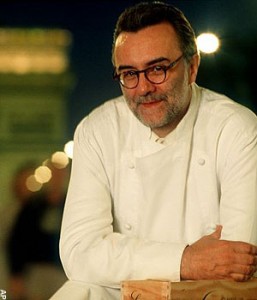 You have to admit it – when it comes to fine cuisine, London is usually not the first city to come to mind. Indeed, even the experts have not given this city as much recognition as they have given to different locations worldwide. And Chef Alain Ducasse totally disagrees with this.

Alain Ducasse has a total of 19 Michelin stars to his name, and knows what he is talking about when it comes to food. He has boldly proclaimed that London is the gastronomic capital of the world and that the city is being sorely overlooked. And despite the number of stars that Michelin has awarded him, Ducasse is not shy to point out their mistake in overlooking London.

In an interview with The Telegraph, the chef shares his sentiments:

There has been a revolution in London in the last 10 years. The restaurant scene is very interesting. Michelin should give it more stars; it’s mean. You should interview the editor and ask him why [he doesn’t]. London is the most important city in the world for restaurants. It was level with New York, but the product has developed more here in the last five years. I think Michelin is a bit conservative.

He points out that there are countless restaurants in London which offer the best in the world. He also highlights the fact that the variety of food that you can find in the city is comparable to none. He even went as far as to compare Paris and London based on this point – and guess which came out on top?

I wonder what the people at Michelin are thinking right now…