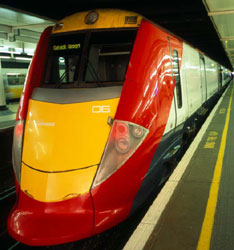 People in the UK – and Europe in general – are lucky to have a very good public transportation system. The railway system in particular is very extensive and a lot of British people make use of it on a regular basis. Truth be told, this system may be taken for granted by some, especially if they have not traveled to less developed parts of the world.

Train companies said the revenue would be reinvested, but watchdog Passenger Focus said some rises were unjustified.

Gordon Brown believed it was important customers got “good value for their money”, said his spokesman.

Regulated fares – including season tickets – are generally based on a set formula which limits increases to 1% above retail price index (RPI) inflation, although there are some exceptions.

The government’s policy is to increase fares above inflation and reduce the contribution from the taxpayer.

Naturally, commuters are not happy with the news. In fact, a lot of noise is currently being heard from this sector. What will happen is yet unclear but it seems that the increase is going to happen. In the meantime, British commuters have to get ready for this and hope that the government will be able to do something about it.