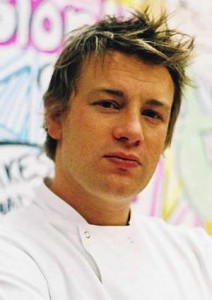 Are the British really that much into alcohol? Is it really becoming a brand of their culture? If critics were to be believed, then the answer to both questions is a resounding yes.

Even one of Britain’s own seems to believe the same thing. Jamie Oliver, world famous celebrity chef, recently voiced out his concerns that the British in general are more into getting drunk than eating healthy. (Then again, is it just the British who have this tendency?) Jamie was interviewed by the Paris Match magazine and he expressed his opinion on the decline of British cuisine.

He is reported to have said that those living in South African slums eat better than the people in English towns and cities. More so, he said that in the past, the British people were known to create “fabulous” dishes but today, he laments that their traditions have gone to the dogs:

England is one of the richest countries in the world. The people I’m talking about have enormous televisions – a lot bigger than my own – the latest in mobile phones, cars and they go and get drunk in pubs at the weekend. Their poverty shows in the way they feed themselves.

While I might agree with the idea that more and more people are not eating right, I do not honestly think that boozing is the main culprit. Perhaps it is more of the prevailing attitude and what is thought of as “cool.” Perhaps it is more of having so many options available and not knowing which is which. What do you think?