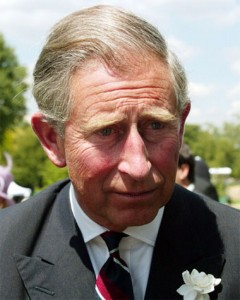 Recognise these words? If you like Disney films, then I am sure you would. It still evokes images of the cute baby Simba prancing around the wild, singing to his heart’s content. This time, though, it is not a cute little lion that I am thinking of. Instead, the image of an austere Prince Charles is what is in my head.

The Prince turned 60 on Friday and this event highlighted the fact that he is still waiting to take the reins of monarchy from the present Queen. For Prince Charles, the wait started in 1952. It has been a long 56-year wait and the end does not seem to be in sight. I feel for Prince Charles, I really do, especially when you read write ups such as the one I just read in The New York Times, where he was described as:

In the meantime, he’s relevant — kind of — in a low-key way. He christens ships and travels to funerals. He speaks out on architecture and global warming and organic farming. He paints, he drives an Aston Martin that uses biofuels. He presides over meetings and charities.

But mostly, he waits for his mother, Elizabeth II, the Queen, to give up the throne in life or death. (And you thought your mother was a royal pain. Did she ever deny you the throne?) Unfortunately, she seems to be enjoying herself too much to quit. She still gallops horses and got the satisfaction of being played by Helen Mirren. Besides, she’s only 82 and her mother lived to 101. Time’s on her side.

Then again, he has those longevity genes as well, doesn’t he? So maybe, in 20 years time, he will finally ascend to the throne.