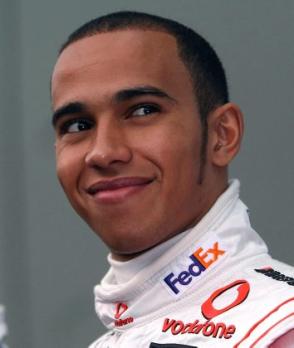 Guess who this person is? Here are some clues:

-He is British.
-He is only 23 years old.
-He is well known among motorsports fans.

Any ideas yet? If you are not a fan of motorsports, you may be at a loss right now. Yet even if you didn’t really like this sport, I think that you would at least have an idea what Formula 1 racing is all about, right? Well, Lewis Hamilton is one of the most popular figures in F1 racing right now and he is British.

Some pertinent information on Hamilton:

Last year, he had the distinction of finishing second at the 2007 Formula One Championship. At his age, this is quite a feat. He currently drives for the Vodafone McLaren Mercedes team and continues to be at the head of the pack. He is poised to race once again later on today at the French leg of the 2008 race. Even though he has suffered a huge setback due to an accidental collision with Kimi Raikonnen of Team Ferrari in the Canadian leg of the race, Hamilton continues to have a good chance this year.

If you have the time, perhaps you should try and see what this young driver can do. He has been penalised 10 places from the starting position for today’s race and that will prove to be a challenge for him – making the race all the more interesting to watch.