While London is often explored by land, one of the best ways to see the city’s amazing views is through a cruise via the river or canal. The Thames River cruise is a popular choice in the city but if you want to explore the hidden gems, a Regent Canal cruise provides a different view and offers an opportunity to see the city’s natural wildlife.

Considered as London’s best kept secrets, the Regent Canal features eight and a half stretch of waterway and boasts of wildflowers, butterflies, cormorants, heron and moorhens. In addition, there are many notable structures you will see along the way as your boat goes down the Canal. The Regent’s Canal connects to the River Thames at the Limehouse Basin where all types of boats can be found.

The Canal Theatre Cafe is one of the sights to see during your cruise. Situated in Little Venice, it is where the longest running comedy show in the world takes place.

There’s also the Lord’s Cricket Grounds and the London Canal Museum which offers information on the history of ice cream in the 19th century.

Bars and independent shops (crafts, clothing) as well as little art galleries also line up the banks. The world renowned Camden Market can also be seen from the boat.

The Towpath Cafe can be found between Whitmore Bridge and Kingsland Road Bridge. It is famous for its relaxing ambiance and al fresco seating area. London’s Victoria and Regents Parks plus the London Zoo are also along the way.

Taking a cruise is also a very relaxing experience hence, the next time you visit London include it in your must-do list. Or if you have friends and family members visiting soon, be sure to recommend this calming activity to them.

It was in 1812 when the Regent’s Canal Company worked to cut a new canal from the Grand Junction Canal’s Paddington Arm to Limehouse. The area was later used to carry huge volumes of timber, coal, building materials and foodstuff in and out of London. Traffic in the canal eventually dwindled when railways and lorries took over.

Today, the Canal continues to serve as an important part of London. It provides a quiet scenery for residents and visitors who want to stroll and go boating for leisure. Its towpaths, which connect many of the capital’s famous green spaces with central routes, also serve as alternative routes for walkers and cyclists going to work. 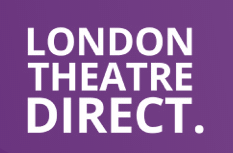