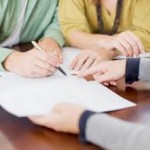 Like in most highly-developed countries in the world, mediation has been recognized as an important avenue for settling disputes in the UK.  This is because mediation is increasingly seen as the most positive and results-oriented process that can be taken when disagreement threatens to affect a family, an organization, or even a community.  In the context of law, mediation is categorized as a form of Alternative Dispute Resolution or ADR.

Mediation involves the participation of a neutral third party aside from the two contending parties.  It aims to bypass the deadlock that often paralyzes regular negotiations.  The structure of mediation operates on a timetable where deadlines are set for accomplishing specific results.  Rather than directing the process itself, mediators are expected to expertly facilitate disputes towards what is hoped to be a compromise that will be mutually beneficial to the contending parties.

While the resulting agreement can be enforced by law when required, the participation of each party involved in the dispute is usually voluntary.  It is almost impossible to mediate between parties who were merely forced to enter the process since their minds are often closed.  Contending parties who refuse to participate in the mediation process typically have no other recourse but to go to court.  However, final resolution is still not guaranteed even in such an arena.

Global Mediation which can be found online at  http://www.globalmediation.co.uk/  offers one of the most comprehensive mediation and facilitation service in the UK.  Not all mediators are equipped with the necessary experience to make the mediation process work for clients.  Successful mediation requires people who truly understand the intricacies and complications of disputes.  Specialized mediators are able to lead disputing parties to see the relevance and advantage of negotiating.  Parties contemplating the possibility of getting the services of a professional mediation company should find the one that will allow them to address the cause of the dispute rather than merely being an additional cost.