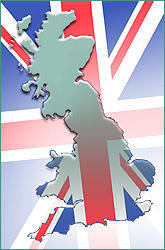 Ever since Prime Minister Gordon Brown took office, he was hell bent on raising the consciousness of the British people on what it means to be British. I suppose that this is quite an understandable effort, especially if you look at other countries who have a distinct sense of nationalism. The Thai people, for example, are known for their openness, calmness, and always ready smile. The American people are known to be warriors of democracy. I know some would disagree with my descriptions but you know what I mean. National identity is something that is valued by some people. And I think Gordon Brown is one of them.

Personally, I do not see anything inherently wrong with his efforts. He merely wants to strengthen nationalism in Britain. The problem, as many experts have stressed over and over again, is that there is no clear answer as to what it means to be British! More so, in the midst of the recent hullabaloo about Britishness Day, many critics have railed that “public display of nationalism” goes against what it means to be British! What a quandary they are in…

So now, Prime Minister Gordon Brown has another idea shot down to the ground. Britishness Day is to be celebrated no more. What do other people in the government think? Shadow Justice Secretary Nick Herbert says: “Labour still hasn’t worked out that British identity is bound up in our institutions, culture and history. It can’t be re-manufactured by their spin doctors.”

So tell me, what do you think marks you as British? What makes you British?