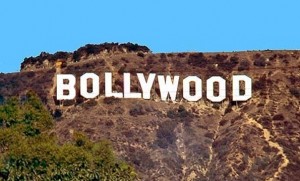 I have this friend who spent a couple of years in London when she was at the university. A little less than 10 years later, she still reminisces about her years there. According to her, it was the best time of her life. Given a chance, I am sure she would gladly hop on a plane and go back for good. She has her London dreams – as many other people do, I am sure.

And speaking of London dreams, there is actually a movie titled the same. London Dreams is directed by renowned director Vipul Shah. Movie enthusiasts – especially those who have a particular affinity for Bollywood creations – would recognise this name as being behind the big hit Singh is Kinng. This movie is making history as it also launches a treaty between Bollywood and the British movie industry. The treaty will allow Indian film makers easy access to British resources if they wish to collaborate with British film makers. Though it may be an arguable point, many consider Bollywood and the British film industry to be only second to Hollywood.

More on the treaty from NDTVMovies:

The British government’s department of culture said that without the treaty, co-productions would have to pass a “UK cultural test” to qualify for tax relief, adding: “Most would be unlikely to, particularly if they were in a non-Council of Europe language like Hindi or Tamil.”

“The treaty allows co-produced films to bypass this test. This means they are granted national status in both countries. And this means they can gain access to the new Britain tax relief – one of the most generous and competitive tax reliefs in the world,” a department spokesman said.

The treaty is also expected to support a range of spin-off businesses, including British-Indian suppliers, which support filmmakers with anything from costumes to caterers, British-Indian owned cinemas which are likely to show the films and the British tourist industry.

Follet pointed to the economic value of the treaty as Britain faces a recession, saying: “The wider your base, in an economically difficult time, the more resilient you’ll be.”

This will certainly revolutionise the Indian film industry and help them reach a broader audience than they have now. It is something to look forward to in the coming years, isn’t it?