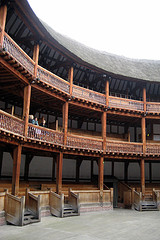 If there’s one thing about London and culture that any visitor MUST experience, it is the theatre. Of course, when one mentions theatre in relation to London, the foremost thing that would come to mind is the West End. There simply is no alternative – or is there?

OffWestEnd proves that though the West End is the premiere theatre scene in the city, there is no lack of brilliant theatres all around London as well. In this web site, theatre lovers can find anything and everything showing for over 50 of London’s Off West End theatres. The Guardian has even partnered up with this alternative source of all things theatre and features the best of London theatre in its online portal.

So why would anyone want to go to a theatre while in London? Well, for starters, London has had a long and glorious history when it comes to the performing arts. In fact, many performers from different countries around the world make it their goal to perform in a prestigious London theatre. Many of them use that event as a milestone to mark their success in the world of theatre. Watching a performance in a London theatre is sure to provide the audience with a world class experience, unmatched by many. More so, some of the best plays and musicals are presented in their finest in London theatres. If one wants to see the “original” version of a play or a musical, then a London theatre would probably his best bet.

So head on over now to OffWestEnd and see what’s new this April!