On September 18, Scottish voters took to the polls to vote in favour of or against Scottish independence. The result was perhaps closer than some had expected, however just over 55% of Scots voted No. So what happens now? 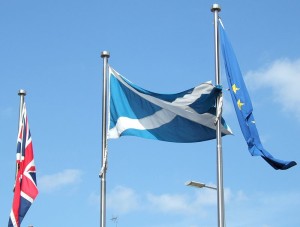 The No result means that it’s highly inevitable that Scotland will have more powers. Prime Minister, David Cameron admitted that the Welsh government is also expected to have more say in how the United Kingdom is run. Let’s not forget that just under 45% of Scots voted Yes for Scottish independence and you’re reminded that a large number of people living in Scotland want a say in how the UK is governed.

The three party leaders in the United Kingdom have already signed a resolution for future action. Scotland is expected to have more power over tax, spending and welfare decisions with a draft bill expected at the end of January 2015 and detailed proposals discussed by the end of October 2014.

Scotland currently remains as part of the United Kingdom with its own parliament. Departing Scottish National Party leader Alex Salmond has recently claimed that Scotland could still declare itself independent in future without a referendum. The Scottish National Party still holds the majority of seats in Scottish Parliament since 2007, so it’s unlikely that the debate of Scotland becoming independent from the United Kingdom will be going away anytime soon.

For businesses, the No vote has meant stability resuming. Bank shares in particular have increased since the referendum result was announced and it’s assumed The Bank of England will raise interest rates next year. Though the UK’s economy seems to be stronger in the short term, the dispute over Scotland’s future is likely to be playing on a lot of people’s minds. Unemployment is still a main concern in the United Kingdom, especially for young people. Whatever happens, the future of Scotland and the UK in the long term is still undecided and a possible change in British government with next year’s general election means a solution may not be as resolved as it seems.

UK has many blogs vying for the attention of readers and several have made some incredible mark in terms of readership and influence. Here are some of them:

Challenge Sophie is the top among UK blogs in the Outdoor Recreation category. Sophie Radcliffe, the woman behind the blog challenges her limits in climbing, running, cycling, and Ironman racing. She seeks to provide the inspiration and tools to encourage readers to be the best they can be. The blog itself is a challenge to go outdoors and live life.

JustGiving is the top charity blog of UK. It seeks to make giving and receiving charity as simple as possible. It uses the online fundraising platform to achieve its goals. It runs its business by charging charities a fee for donations.

Pixiwoo is a beauty vlog that features make up tutorials. The tutorials range from movie star and celebrity look-alikes to Halloween witches and monsters. Of course, it features daily make-up tutorials as well. The Curry Guy comes out on top of UK Food Blogs to provide the world what it calls great curry recipes. Behind this blog is a freelance writer/blogger based in North Yorkshire England. The recipes features here are both authentic and Indian restaurant style.

UK’s top travel blog is Bald Hiker in the person of Paul Steele. What started out as his personal blog is now a place shared with his friends. It provides personal views of places they visited . The author’s passion for travel, photography, and storytelling is clearly seen in this blog.

What These Blogs Have That Others Don’t

There are still a lot of leading blogs out there making waves not only in the UK audience but all over the world. Each niche has its own leader with all of them having one thing in common – their uniqueness. Each blog  that occupies the top spot has made it by offering something different to its audience.

Another thing that presumably helps blogs stand out from the rest is having premium backlinks. It would be impossible to sustain increase in audience share without these important links. Proper linking is one of the lifelines of successful blogging.

The more quality sites link to a blog, the better it is. It should be noted though that getting links from more low-quality sites can actually hurt the blog. The focus must be on quality rather than quantity.

The conflict between China and Japan is one that’s been hogging the headlines in recent months. Their dispute not only involves territorial issues but as well as wartime history particularly the Nanking massacre dispute. China has been blaming the Imperial Japanese Army for the mass killings that took place in 1837 which Japan strongly denies.

Despite the existing tension among these nations, however, there’s one positive side that not too many people are aware of. These countries actually maintain bilateral relations such as on economic cooperation. END_OF_DOCUMENT_TOKEN_TO_BE_REPLACED

Britain is home to some of the greatest bands throughout recent history and in the present day. Not only do countless music legends (and legions of fans) come from the UK, but bands from around the world travel there to put on great shows.

If you’re looking for the concert of your life, you could hardly do better than one of the many music festivals the UK has to offer. Check out the five best music festivals in the UK, below. END_OF_DOCUMENT_TOKEN_TO_BE_REPLACED 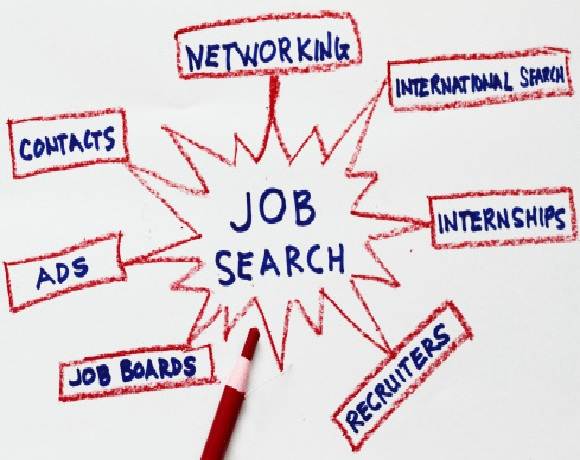 There’s an ongoing debate over the wisdom of joining the IT ranks in the UK. Like the Renaissance in the 1500s and the Industrial Revolution in the 19th century, some say the Information Age may have run its course. Others forecast that the field is still growing. END_OF_DOCUMENT_TOKEN_TO_BE_REPLACED

Under the Public’s Eye

The Duke and Duchess of Cambridge as William and Catherine are officially known, have been under close scrutiny of the public ever since their much celebrated wedding. Even before the wedding itself, a “wedding watch” created such a frenzy because of the huge interest generated by the marriage of the high-profile couple. It didn’t take long for the “baby watch” to follow after the official announcement that the Duchess was already with child.

The Duchess’ fragile health condition during her pregnancy also hogged the limelight for some time before settling down. The arrival of the new prince is  a welcome news to the royal family. Even with some moves to change the traditional system of determining the next in line to the throne in relation to gender, having a son as a first-born still holds much favor.

The Birth of the New Prince

Weighing 8 pounds and 6 ounces, the new prince captures the attention of the public awaiting to have their first glimpse of the young royalty. Born July 22, 2013, the new prince might just be the the 43rd monarch from the time William the Conqueror obtained the English crown in the year 1066. He was delivered at St. Mary’s Hospital in Paddington, West London wherein the Duchess was said to have labored for at least 10 hours.

Well wishes and congratulatory messages poured in from foreign leaders and just about everyone who has been awaiting for this joyful moment to arrive. The official announcement was done in traditional style, similar to that used to announce the birth of Prince William. An ornate rococo style easel containing the announcement was displayed on the forecourt of the Buckingham Palace.

The Life of a Prince

This early, the life of this new prince has already been planned which has always been the way of the royal family. The planning is always in relation to the expected responsibilities that each royalty is expected to undertake when the time comes. For now, the concentration is on enjoying the moment both for the family and the adulating public.