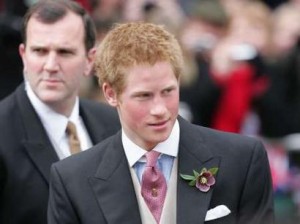 The Prince is following in his mother’s footsteps – at least that’s what everybody is saying. He is currently on a visit in New York, and everybody there seems to be loving him. One of the things that people are raving about is the fact that he is continuing too champion the causes that the late Princess Di upheld.

While it is true that the Prince has had several mischievous incidents in the past, it seems that he is finally getting on the right track. He is young, after all, and young people should be allowed their moments of mischief, right?

Here are the thoughts of some people on Prince Harry:

“I respect how he’s following in his mother’s footsteps campaigning for issues like AIDS and poverty in Africa,” Docks said. “He may have made some foolish choices in the past, but blame it on his youth.”

Meanwhile, Capt. Ryan Miller, a 26-year-old soldier injured while serving in Iraq, praised Prince Harry for serving in Afghanistan as part of the British army despite his royal position.

“It was great to speak with someone who knows exactly what it’s like,” Miller told the Daily News. “Royal or not, he is one of us.”

It looks to me that the Prince has a bright future ahead of him. Here is to hoping that he will not be waylaid by other distractions that may change his current course. His mum is surely beaming with pride.