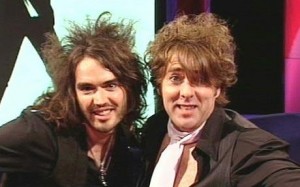 If you tune in to BBC Radio, you would certainly recognise these names. Jonathan Ross and Russell Brand are two of the most popular radio show personalities in the UK today. They can give you a really great show, which can help you chase the blues away on any given day.

It seems that this time, though, they took things a little too far and offended some people. As a result, they have been suspended by BBC, pending further action. The Guardian published this story earlier today:

The BBC today suspended Jonathan Ross and Russell Brand until an investigation into their prank calls to actor Andrew Sachs has been completed, in an attempt to quell the mounting furore over the “Sachsgate” affair.

Today’s suspensions almost certainly mean that BBC1’s Friday Night with Jonathan Ross, the presenter’s Saturday morning Radio 2 show, and Brand’s Saturday night show on the same station will not be broadcast this week.

The BBC director general, Mark Thompson – who is understood to currently be on holiday in Sicily – said he would return to London to review the situation, saying it was clear from the public’s reaction that Ross and Brand’s Radio 2 broadcast had caused “severe offence” – a view he shared.

Thompson described the calls to Sachs – in which Brand and Ross made lewd suggestions about the Fawlty Towers actor’s granddaughter, which were pre-recorded on Thursday October 16 and
broadcast on Brand’s Radio 2 show on Saturday October 18 – as “completely unacceptable”.

A public apology was given by Thompson but no official statement has been released by the duo. The question that is circulating now is this: Is the suspension a good enough penalty? Looking at the other side of the coin, though, is the suspension too harsh? What do you think?