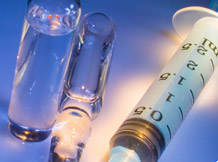 One of the hottest issues Britons face today is assisted suicide, or euthanasia. I am sure that you have heard of the couple who went to Switzerland to die together. After a rich and long life, they decided that it was time to end the suffering that they had been going through for the last few years of their lives. Their family supported it, and that clinic in Switzerland offered that option.

It is not the same in the UK, though. Technically, assisted suicide is illegal in the country. Indeed, doctors often freeze up at the very mention of the term. With these deaths becoming highly publicised, however, talk has been going on. Should we support or condemn assisted suicide?

From the perspective of the family of those who are suffering, assisted suicide should be an option. Indeed, for them, it is a much better option than living out one’s days in pain and inconvenience. Then we have those who believe that we should never take the lives of other people; that this is something that no human being should be made to do.

According to a story ran by the Daily Mail, there are about 800 Britons who are supposedly making plans for assisted suicide. But since this is not legal in the country, only people who are able to travel and who have the money to do so have the option. For now, the option is only available outside of the country. But it may not be far in the future that it could be legalised at home as well.

How do you feel about this?