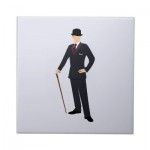 The mark of a gentleman in Great Britain can be seen in different aspects but in men’s clothing, the use of what was then known as sleeve buttons was one indication of the importance of the man wearing it.  They were originally fashioned either in gold or silver usually with an etched design or embellished with precious stones.  It did not take long for the two ornamented buttons attached with a chain to become known as cufflinks.

With the growing popularity of cufflinks, jewelers lost no time in making them from other materials including glass and base metal alloy.  The popularity of cufflinks spread even to the masses that it became a must for any man’s wardrobe particularly by the later part of the Victorian era.  Its popularity suffered when men turned to more casual dressing during the 60s and the 70s.  Recently however, the increased use of designer cufflinks among men who aim to stand out though their impeccable manner of dressing has been observed. 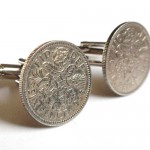 This 16th century men’s accessory that traces its roots to British royalty remains a classy refinement to everyday dressing in the present time.  There are at least 5 types of cufflinks available in the market today including double-faced which is connected by a metal bar, the chain type which is the original cuff design, the snap-on where the two faces are snapped together, the push through which has a single face and a rounded end, and the hinged-back which comes with a swiveling bar.

Monogrammed designer cufflinks also traces its roots to British nobility.  Monogramming has always been associated with class and high economic status.  The Victorian era favored interlocking letters but the simplest forms of today still exude the same elegance of its origins.