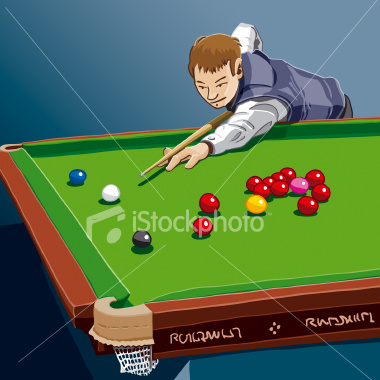 Snooker is one of the most popular sports in England today and has a long and colorful history. It is played by many countries around the world, in particular those who have had British influence in their history. It may sometimes be mistaken as being synonymous with the American billiards but there are marked differences – both in origins and game play.

Just like billiards, the game of snooker is considered to be a cue sport, making use of a table covered with baize. The sport is played using a cue (stick) and 15 red balls and 6 balls of an assortment of colours.

So where did snooker originate from? It is actually a relatively young game – it did not emerge till the late 19th century, when British officers stationed in India devised variations of the game billiards. Actually, the word snooker comes from the military slang which was used to dub inexperienced cadets. It was only in 1927 that snooker became popular, when Joe Davis organised the first World Snooker Championship.

Today, snooker has not gone far from its close relative, billiards. In fact, the governing bodies around the world are usually for both billiards and snooker. The main governing body for professionals is the World Professional Billiards and Snooker Association, which as founded in 1968. Back then, it was called Professional Billiard Players’ Association. The addition of snooker is a testament to the popularity and lasting value of the younger sport. Today, you can follow various sports events featuring snooker all throughout the UK and even China.