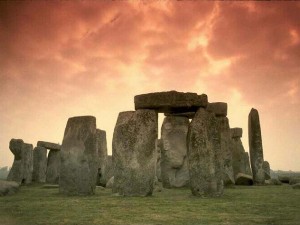 Stonehenge has proved to be a mystery for so long now that when I heard about experts finally unveiling some of that mysterious cover, I was not so sure that it was true. Still, what researchers have revealed to the world makes some sense.

According to some British researchers, they might have found a reason people transported those gigantic stones from Wales to Salisbury Plain – a good 250 miles. They think that the people of that time might have believed the stones to have possessed miraculous healing powers. Apparently, other archeologists who were not involved in the research think that the findings are very possible.

Stonehenge has “multiple meanings and multiple uses” that may have changed over the centuries, said archaeologist Mary Ann Owoc of Mercyhurst College in Erie, Pa., who was not involved in the new research. “To limit it to one is an error.”

The idea that the stones are not just building materials but have efficacy “is tremendously appealing as an idea,” said archaeologist Julian Thomas of Manchester University, who also was not involved in the research. “The idea that they were brought there because they have some kind of power seems to me entirely plausible. But whether it is just about healing is another question.”

I do not know much about archeology and am definitely not an authority on this matter but the idea that Stonehenge served like a Lourdes in the ancient times sounds realistic. I also think that it is a fitting explanation for a structure that has been so shrouded in mystery for as long as anyone can remember.