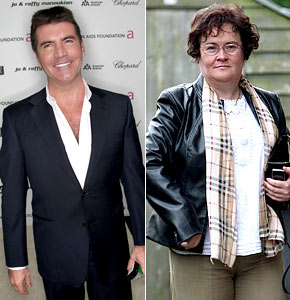 She catapulted into worldwide fame when she sang a song from the musical Les Miserables months back. Since then, Susan Boyle had become a household name. She even has a considerable following in Hollywood. On the other hand, she has had her fair share of critics. In fact, rumors that she was cracking under pressure came up several weeks ago, with an incident in a London hotel being reported. The singing sensation has repeatedly assured her fans that she is fine, though, and that singing makes her confident.

In the finals of Britain’s Got Talent, Ms. Boyle sang I Dreamed A Dream once again, to which judge Piers Morgan responded very well. He told her that she deserved to win the contest. However, it seemed that her confidence and talent were not enough to push her over the edge of victory. She came in second to the dance troupe Diversity.

So Susan Boyle didn’t get the $160,000 (about 100,000 GBP) or a spot in the roster of the Royal Variety Performance – both of which are prizes for the winner/s of the contest. What is in store for her?

Needless to say, her fame just might help her launch her career. If you think about it, previous runners up of the talent show (and other talent shows) have been able to make a name for themselves in show business, despite not winning. As for Susan Boyle, everybody loves her – even Oprah, and you know what that means.

I think we’ll hear more from her in the future.