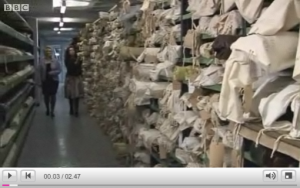 This is a big thing in the world of libraries: none other than The British Library has joined in the fray of making the most of the World Wide Web! On February 25, culture minister Margaret Hodge announced the launch of National Web Archive. This online archive is to hold ALL of the free web sites of the UK including such material as the 2012 Olympic and Paralympic Games, the 2009 swine flu outbreak advice, and more.

The Web Archive has been developed – and is being developed – in conjunction with other entities such as IBM, the national libraries of Scotland and Wales, Jisc, and the Wellcome Library. Information Week tells us more:

According to the British Library, the average life expectancy of a Web site is between 44 and 75 days and every six months, 10% of .uk Web pages vanish or are replaced by new material.

“With so much material now published online, and considering the growing influence of the Internet on British culture and society, the Web is now a key part of the nation’s memory,” said Margaret Hodge, the U.K.’s Minister of Culture and Tourism, in a statement. “A failure to record and preserve the UK domain would not just be detrimental to future research but leave a significant gap in our digital heritage.”

The .uk Internet domain currently consists of about 8 million Web pages and is expected to reach 11 million by 2011. The British Library currently has 10 people manually archiving the 5 terabytes of U.K. Web page data.

It is comforting to know that our children – and their children – will be able to access the very same web pages that we are accessing today. Or, NOT. 😉