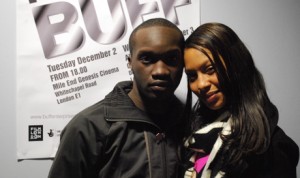 It is a good time for film lovers right now. There are a lot of film festivals going on in many parts of the world but for those in the UK, there’s one interesting festival last week. Dubbed the British Urban Film Festival (BUFF), this event started on Tuesday of this week. So what is the BUFF all about? This is what the official web site has to say:

This is where it all begins. As film continues to diversify, The British Urban Film Festival is a fantastic opportunity to highlight our commitment to film and to celebrate the pivotal role we can play at every stage of the film-making process. Our single uppermost goal is to attract all film lovers as well as people who just want to be entertained. The content that we show offers genuine insight into people and places that are rarely documented and which demand attention.

BUFF provides an exciting environment for outstanding talent with a level of participation that goes beyond the screening. We hope that BUFF will be seen as an opportunity not just to watch great entertainment, but for the audience at large to be armed with knowledge, to appreciate the art of storytelling and to be inspired by the skills of the storytellers and become mobilised. We feel very privileged to serve you. Long may you enjoy the experience.

It is a pity that this year’s festival is now over. I am sure that with its success, though, it will be held again in the coming years. If I were you, I would support it. After all, they are reportedly having problems with the funding. I am hoping – along with their supporters, I am sure – that the government will see the value of BUFF and channel some funds into this worthwhile endeavor.

Photo courtesy of The Guardian