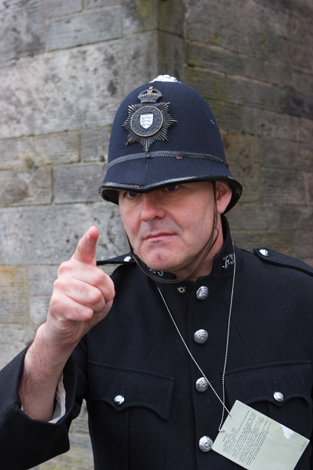 In England, one of the greatest advances of the nineteenth century was the foundation of the English police service. It replaced the poorly organised and rather ineffective watchman system that was then broadly seen as flawed, and introduced a better and new class of public servant to the English public, one whose duty was obviously to protect people against the burgeoning criminals on the streets.

Famous throughout the world for their considerate helpfulness and assertive authority that even extend till these days to not carrying a loaded firearm, the ordinary English police are a globally recognised figure in all respects. They have been portrayed in many TV dramas, and their everyday duties have never ceased to stir one’s imagination.

The average English bobby is much respected all over the world for his consideration, efficiency as well as ability to do his job. He is also renowned as being honourable and morally upright and is among the very few unarmed police patrols in the crime-dogged world. Even though the uniform has gradually changed over time, there is little doubt it is still highly recognisable.

The English police did and to a large extent still do represent citizen security and the spirit of community that made them such a symbol of England for a number of years. Many say that the good English bobby is simply the envy of the world. In addition, they also argue that the English police should never be stripped off their bobby status as they always handled the situations in the kindest possible manner.

One of the things that people will always remember is the good old English Bobby being marched out by their sarge at the beginning of their shift. The most popular sight was probably the police standing in the street phone boxes calling their station, or the glossy blue light flashing telling the bobby to answer the phone. Another very familiar sight was the sarge attracting the attention of the tired constable by tapping the pavement with his truncheon.

I myself am a fan of police drama The Bill in which the English police are always capable of sorting out the most difficult offences. It is also fascinating to see them getting tough on crime and giving people a sense of security watching the show on TV. The English police in the drama are always in large numbers and even the worst offenders will have a hard time dealing with them.

Unfortunately though, in reality we no longer see that many English constables anymore. I reckon there should be more police back on the streets to help tackle the street crime in England. Countless times I have heard awful stories of people being murdered even in broad daylight which is appalling. Hardly can anyone understand what is going on here. The government has apparently generated a lot more tax revenues than ever before but it seems very little is spent on street policing.