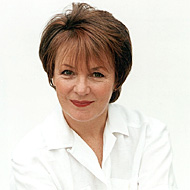 With the latest rage of celebrity chefs having their own TV shows and whatnot, it is not a surprise that one of the older generations of cooks has come out to play once again. Delia Smith is one of the greatest cooks in the UK. She has not really made it big in the US and other countries, unlike other celebrity chefs, but she is definitely a household name in the UK.

This time, though, she is making waves with her new book and TV show, How To Cheat At Cooking. The sad thing is that she doesn’t seem to be the old Delia Smith that her followers admired. The title of the book and show itself is catchy – but the way she presents her cooking leaves much to be desired. How so? Delia Smith has always been known for her great cooking and for the use of fresh, “real” ingredients. The new Delia Smith, however, is making use of everything instant! Tinned mince, frozen risotto, and a whole lot of processed food – that’s what she is working with right now.

As the people at the Guardian put it, the whole thing “has been received with much confusion by foodies across the land with her use of processed ingredients such as frozen risotto, tubs of Arrabiata sauce and ready made meringue nests. Wasn’t the whole point of cooking from scratch, to do just that?”

I have not tasted her new recipes but maybe some of you have. Care to share your thoughts on these new concoctions?