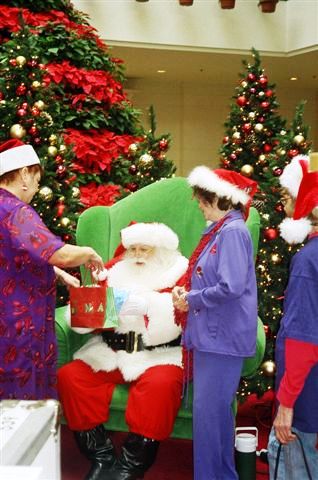 Here’s the last installment for this series – the last of the ten ages of Christmas.

World War II Christmas
This event changed the course of history all over the world and the way the English celebrated Christmas was not spared from change. Because of the hardships that the war brought about, the English of that time learned how to make do with what they had for the holidays. The best thing about the changes that the war brought about is that the people back then kept the spirit of Christmas alive – giving and sharing – and turned the affair into something productive for those who needed it the most.

The trend was for those who had money to give to those who needed help and to help support the war. Of course, travel and other festivities were disrupted by the Blitz. The war also brought out the creativeness in most people back then as they had to prepare meals and feasts with the barest essentials. Perhaps, despite the leanness of the season with regard to material things, it was the best period for many, as they really experienced what Christmas was about.

Post-war Christmas
This is perhaps the most familiar era to most of us today. We pretty much celebrate Christmas the way they did way back in the 50s. Quoting BBC again:

‘Parties … owe much of their success to the thought expended on food and drink. Even the impromptu need not take the hostess by surprise if the store cupboard is kept well-stocked with pastry shells in airtight tins and good supplies of canned and bottled delicacies.’

Have a party-filled Christmas!