J.K. Rowling’s Harry Potter series is one for the books. For more than 10 years, millions of fans worldwide were hooked to Harry Potter and his friends Ron and Hermione. And they not only were able to buy and read the books but got to watch the film adaptation as well.

Fans in the U.S. are fortunate because they need not go to Europe to experience the enchanting world of the wizards. The Islands of Adventure theme park of the Universal Studios located in Orlando, Florida features the Wizarding World of Harry Potter. Visitors there can find the Hogwarts Castle, Hogsmeade village, roller coasters and butterbeer.

Meanwhile, fanatics in London and other parts of Europe can also visit their own version considered to be near the real thing. The Leavesden Warner Brothers Studios in London showcases the different sets from the Harry Potter films where the wizarding world came to life. These include the Diagon Alley, Hagrid’s hut and Dumbledore’s office.

One of the highlights of the London version is the 50-feet wide model created by some 86 artists and craftsman. It features more than 2,500 fiber optic lights that light various places such as the ceiling of the Owlery, the Great Hall’s rose window and the beds in the nursery.

Perhaps, not many people are aware of the history of the Leavesden studios. The site where the studios can be found used to be a local airfield and factory called Leavesden Aerodome from 1939 to 1994. It was here where fighter planes were made for the Ministry of Defence during the Second World War. Later on, it became a production centre for Rolls-Royce aircraft engines.

By 1994, the Aerodome closed and the area then underwent major transformation. Soon, the place became a new home for film production where films were shot and workshops for creating sets and props took place.

Apart from the Leavesden Studios, the other Harry Potter films were shot in different locations around London.

King’s Cross Station. This is where the Hogwarts Express departs from Platform 9 3/4. It is the arched wall between Platforms 4 and 5. 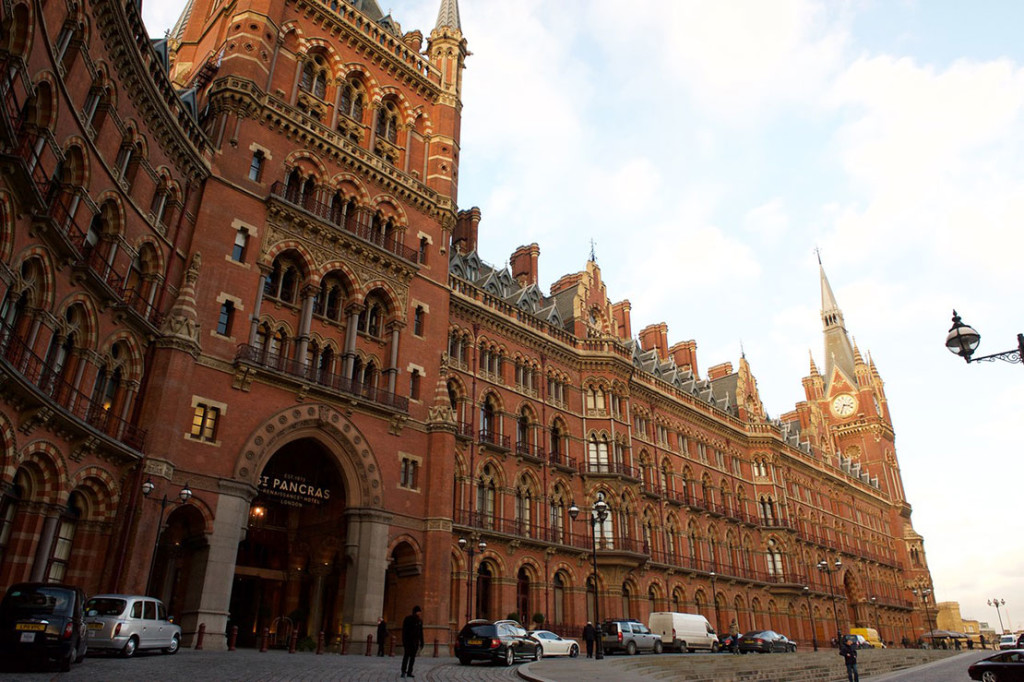 St Pancras International. This place just next to King’s Cross Station is a popular tourist destination owing to its neo-gothic facade. This is where the magical Ford Anglia of Ron Weasley takes off in the Chamber of Secrets movie.

Westminster Tube Station. This place was used as the setting when Harry Potter was traveling in the Order of the Phoenix movie. The station had to be closed for one day uring filming.

Reptile House. The Reptile House in London Zoo is where Harry Potter first found out his gift for talking with snakes in the Philosopher’s Stone movie. The zoo features more than 650 different species.

Charing Cross Road. The Muggle Street in the film is actually the Charing Cross Road. It is here where the Leaky Cauldron pub and inn for wizards (the gateway between the non-wizarding world and Diagon Alley) can be found. The area is well known for itst second-hand bookshops and antiquarian shops.