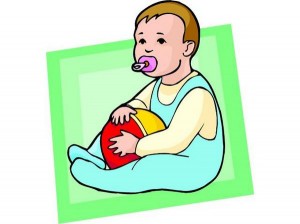 It may be hard to imagine – impossible almost – but a three-year old boy is now considered to be the youngest criminal in all of Britain. His name is, of course, kept confidential, but there is no doubt that the toddler is being investigated in relation to a case regarding damage to household property.

It is almost incomprehensible, really. After all, children at that age DO have the capacity to wreak havoc, especially at home. They do not know any better. So makes this toddler different from any other toddler who gets mischievous every now and then?

According to Chris Grayling, the shadow home secretary:

“This is a clear manifestation of the first signs of offending. These instances underline the very deep social problems we have in some parts of the country. It is part of the very complex picture we call broken Britain.”

Not to offend anyone, but in any nation where children as young as three can be considered criminals, there really is something broken! And this is actually the least of it. The Telegraph, in its report about the boy, cited many other cases wherein children as young as eight and nine have been accused of rape! Offenses such as theft, possession of knives, and assaults are also apparently not unheard of.

I blame the parents. Children below 10 (and even beyond this age, actually!) are in their formative years – years in which their values and perspectives are shaped. Where were the parents when the children were committing these crimes? The kids may not be prosecuted as adults because of the law, but the parents should be held accountable, don’t you think?