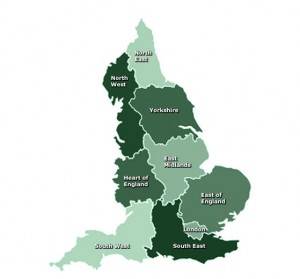 The question of who it is exactly who runs the country of England is an interesting one to research.

Many foreign people often think that the Queen and Royalty of England are, naturally, the people in charge. As we shall find out, it’s not quite that simple..

England is run by the British Parliament. England is of course the largest country in Britain. The other countries are Scotland, Wales and Ireland. Parliament is basically a mix of important people and groups who together, run the the country.

England is a parliamentary democracy with a constitutional Monarch as the ‘Head of State’.

English (British) democracy works on the basic principle that the people of England and Britain elect Members of Parliament (known as ‘MPs’).

These MPs are elected by the people into The House of Commons. This is in London and this process occurs during a General Election. General Elections have to happen once every five years, and the current ruling government gets to decide at which time during those five years it will take place.There is always much speculation in the English Media as to when exactly the Election date will be. Bookies (companies or individuals who let you place wagers/bets with them) often offer odds on when it will be announced, too.

The Government has some principle officials, namely: The Head of State – Her Majesty Queen Elizabeth II. Then, Prime Minister (Head MP) – The Rt. Hon. Tony Blair, MP. (Rt. Hon. stands for ‘Right Honourable’ and is a mark of respect). So Parliament itself is made up of the House of Commons, together with another ‘House’ called the House of Lords and then the Monarch (currently Queen Elizabeth).

Yes, alright! But what does Parliament actually DO?

Ah, ok ok. Essentially the Parliament has one main job – the creation of Law. Parliament passes new laws, amends laws, discusses laws and then other matters such as taxation. Foreign matters are often discussed along with domestic issues.

The Houses of Parliament sit next to the river Thames, a river that runs right through London. The impressive buildings are the subject of many a tourists photography!

MPs are also grouped by the particular party they belong to. There are three main political parties in the system; New Labour, The Conservatives and Liberal Democrats. The party that gets the most ‘seats’ elected by the people becomes the ruling government.

2001 saw the General Election won by New Labour. They won an impressive 413 ‘seats’ (i.e. 413 constituencies voted a New Labour MP into power). By comparison, the Conservatives won 166 ‘seats’ and the Liberal Democrats got 52. As it happens, we’re coming up to the next General Election at the moment. May 5th, 2005 will once again see the English people voting for who will run their country.