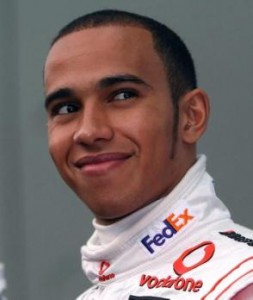 Today I read a feature article about the young black British men who have risen above their circumstances to reach where they are today. I suppose the issue of color has always been around but it has never been at the forefront as much as it is now. This is probably due to many factors, one of the most influential being Barack Obama’s historical win in the United States presidential race. However, we cannot ignore the countless other people who are carving their places in this world such as Lewis Hamilton.

Despite the fact that a large number of people in the world want to say that racism is an issue of the past, we have to admit that there are still stereotypes that exist and a lot of people are still hanging on to those perceptions. The article I read over at The Independent states:

Chris Wilson, 45, an educationalist who has had stunning success getting young black children into top academic institutions, feels their pain. “It is very demoralising,” he says, “because there is an exaggeration of negative stereotypes, an over-dramatisation.”

This kind of thinking, as much as many would like to deny it, exists all over the world today. That is why I found the article quite moving. It highlighted the work of people in Britain – people who are not afraid to stick to their principles and continue to help those who are in need of their help, in the hopes that one day, these young black British people will make a difference in their lives and in the rest of the world.