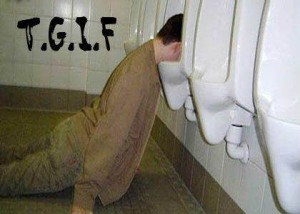 It’s not that they are not doing their jobs. It’s just that, according to the Police Federation, late night drinking puts undue strain on their resources. The Press Association just published a report on the point of view of the Police Federation, which is set to voice their concerns formally to the government. Here is part of that report:

The Police Federation will say that super pubs “are very difficult to secure and police effectively without a significant drain on police resources”.

The committee will also be told that one of the reasons why the Act has not succeeded in creating more responsible attitudes towards drinking is because of the cultural importance the British attach to alcohol.

The Police Federation will say: “The consumption of alcohol remains a fundamental part of most cultural aspects of British life and drinking to excess remains to be seen as laudable and to be encouraged by a significant proportion of the population.”

The federation will also call for an end to cheap alcohol on sale in pubs, clubs and supermarkets, which they say “encourages binge drinking and contributes to the persistence of alcohol abuse among the young and under age population”.

The statement that alcohol consumption really struck me – before, it was mostly foreigners who stated such things. If you remember, other prominent British personalities have said some similar things recently. If people from the same culture are taking note of the turn of events, I suppose that a change in mindset is really due. What do you think? Is this something that really needs to be addressed or are we acting too drastically?